People have used martial arts in one form or another for hundreds if not thousands of years. It is not easy to trace the absolute origin of the earliest fighting style but ancient Greece had the Olympics with combat and the Romans pitted gladiators against each other.

There are records of martial arts in Hawaii, ancient India, and of course, Japan, China, and other Asian countries.

Martial arts in the movies

For many, the first experience of witnessing martial arts would be on television or in the movies. Back when Bruce Lee was bringing his style of Kung Fu to the big screen most viewers had never seen anything like it. It is people like Lee and later, Van Damme who was responsible for many children wanting to take up martial arts.

In your life though, things can be a lot different. Flying kicks are less likely to be useful in a street fight than a sharp kick to the knee. Tips for self-defense in real life are not always like the movies. Some styles are suited to sports fighting and self-defense more than others. With the advent of UFC and MMA, it is interesting to see how professional fighters approach these match-ups and what styles they use. You can see some incredible kicks in these tournaments but more than likely you will witness a lot of groundwork and holds.

Here are some martial arts styles and who they could hold up in the ring and on the street.

This form of combat was developed initially by the Samurai. Fearless warriors from feudal Japan, they would fight with spears, bow and arrow, and guns. Mostly they favored their swords that are still famous today. Remember Uma Thurman in Kill Bill?

Sometimes in battle, they would find themselves disarmed, and rather than surrender they would continue fighting. They wore bamboo yoroi that would cause some restriction like all armor. Nevertheless, they needed a style of fighting that would suit and Jiu-Jitsu was born. As a method of self-defense, it is extremely effective. It consists of pretty much even amounts of striking and groundwork. It can take an opponent out and finish the fight swiftly.

This style came directly from Jiu-Jitsu. After the feudal period of Japan finished there was less need for a combat-based martial art. Judo was then developed by Jigoro Kano as a way for the police to defend themselves and many of the more devastating Jiu-Jitsu moves were removed.

Judo is a very popular sport and has starred in the Summer Olympics since 1964 (except 1968). It is the national martial art of Japan and is taught all over the world for sport and self-defense. How good is it?

This would depend on how well trained your opponent was. Perhaps someone who was a skilled Thai boxer would cause you a lot of trouble. The problem with Judo is the need for proximity to the attacker. Once you had that thought, you would be in control. People aren’t used to someone coming at them but a practitioner of Judo has practiced this many times and will know how to control their opponent.

While on the subject of Japanese martial arts, there is the highly popular Brazilian version to consider too. Brazilian Jiu-Jitsu has grown faster in recent years than any other martial art. This is down to the use by MMA and UFC fighters and television.

It was developed by the Gracie family from Japanese Jiu-Jitsu and then altered and adapted. The style is good for self-defense and leans more towards sport than the original Japanese version. There are no Samurai in Brazil but there are some very good fighters. The very first UFC was won by Royce Gracie using BJJ and he followed that up with two more triumphs over the next three tournaments.

Traditional boxing, not to be confused with Muay Thai and Kickboxing has been used for thousands of years as an effective form of fighting. As a sport, the rules have been refined from where it first began as matches could take dozens of rounds. As a martial art, it is extremely effective. Although this style of fighting doesn’t involve kicks it does have a full range of attacking and defensive moves.

As a sport, it is obviously popular and is watched in most countries around the world. It is an Olympic sport and has produced world-famous names such as Mike Tyson, Floyd Mayweather, and Lennox Lewis. If it wasn’t for boxing you would probably have never heard of the George Foreman grill. As self-defense how does it stack up?

A boxer would beat most people in a normal street confrontation. If an untrained attack mistakenly took on a boxer they wouldn’t have hope. Against other martial arts, a boxer would win very often. One reason for this is that boxers train for full combat and a lot of other martial arts don’t.

Other forms of martial arts

There are many other types of martial arts in the world and their effectiveness varies greatly when applied to self-defense. Some are more akin to sports and others are very valid forms of fighting styles.

Made famous by Bruce Lee among others but generally attributed to a Buddhist monk learning to fight in India and then adapting it for Shaolin Monks in China. This was used to fight against bandits robbing the monks on their travels. It is used in sports such as semi-contact points fighting (WuShu) although it hasn’t been allowed into the Olympics yet. However, as a form of self-defense, it is excellent.

Karate was developed as a form of fighting and self-defense much like Kung Fu. There are many differences in the stances, forms, and moves but one major difference is that Karate does not involve weapons. Mr. Miyagi’s dojo seems to contain several Kung Fu tools.

Because Kung Fu teaches practical usage of weapons and how to disarm an opponent it makes for good self-defense in a home invasion or against a possible mugger.

Kendo is a martial art you may not have heard of or even forgotten. It was based on Samurai moves but is now very much a loved sport in Japan and other countries. It has no real practical use as self-defense.

How good a martial art is as a sport of self-defense especially is often down to how it is taught. The Healthline has some self defense techniques aimed at women. A good teacher with patience will be able to pass on his or her knowledge and skills to their students in the dojo.

Diesel RV vs. Gas RV: Which Should You Choose?

The Essential Hunter’s Checklist Before You Hit the Wilderness 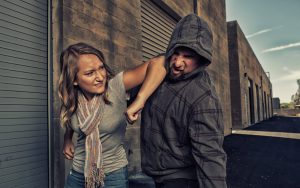