What Problems and Threats Do Coyotes Pose?

Coyotes are notoriously sneaky, devious predators, causing a slew of problems amongst hunters and farmers. Even more recently, coyote populations in suburban areas have risen, creating a problem in neighborhoods and threatening household pets. Coyote hunting and trapping is legal in many areas, but may not always be the solution to the problem. Before taking action against coyote families growing in your area, it is important to understand the facts about the canine creatures and the problems that they cause.

Because coyotes are natural predators, they often do a number on game animals in saturated areas. In the past, coyotes have caused serious issues for hunters by decreasing game animal populations to an astonishing low. In fact, in areas that are highly populated with coyotes, whitetail deer hunting has sometimes been limited or banned due to low deer populations. The same can be said for rabbit hunting, since rabbits are often the most popular prey chosen by coyotes. Because coyotes live in family groups, they can easily infiltrate an area and wipe it clean of game animals, making the pickings slim for those who hunt for sport.

Coyote Population is Difficult to Control

Some studies suggest that attempts to control the coyote population in suburban areas has actually lead to an increase in coyote numbers. This is because the species is changing to avoid depletion, which is seen in increasingly larger litter sizes. Because these predators populate so quickly, they have begun to be a problem in suburban areas more so now than ever. Coyotes live in family groups, and these groups are slowly starting to infiltrate neighborhoods, putting humans and their pets at potential risk. However, it is not abnormal to see a single coyote, because they generally travel and hunt alone or in pairs. 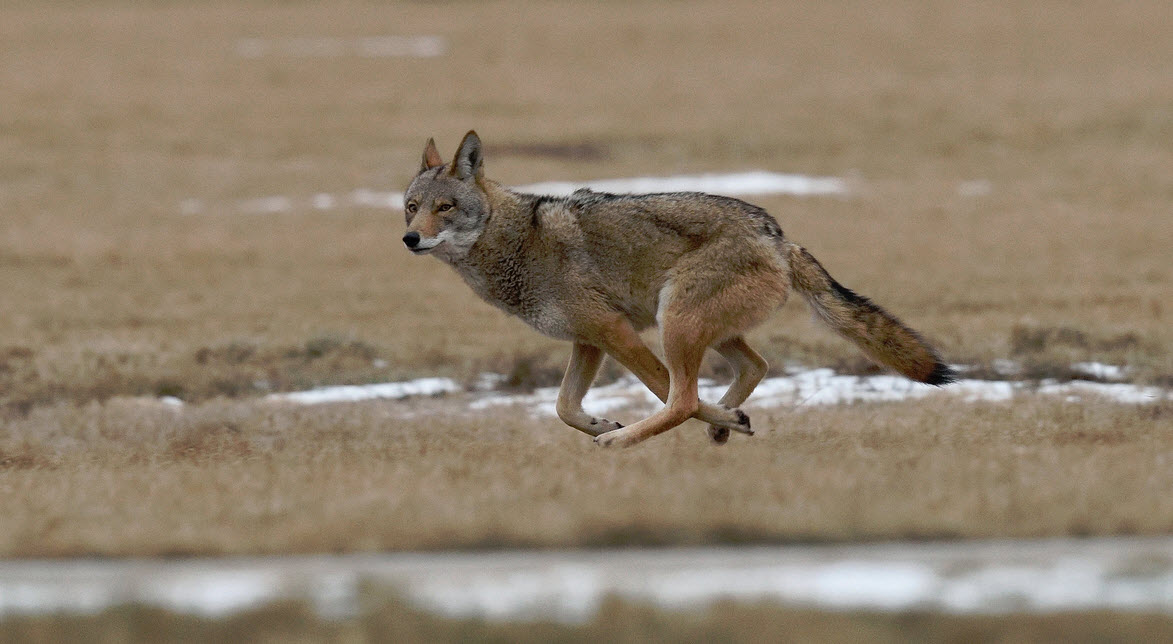 Their athletic abilities make it difficult to keep them out. In fact, a full grown coyote can easily clear a 5 foot fence. Because coyotes are omnivores, they can be a nuisance to farmers and gardeners and may make a snack out of various crops late at night. They are incredibly fast, agile creatures, meaning they can be hard to kill. They are generally smart, which makes them difficult to trap as well. Often, traps that are set to catch coyotes end up catching other small prey and rodents instead.

It can be incredibly dangerous to approach a coyote without proper precaution, and can be equally as dangerous for a coyote to come in contact with household pets or livestock. Coyotes are known carriers of rabies, and the disease is pretty prevalent among the coyote population. In addition, coyotes are known for contracting and spreading a series of other serious diseases like tularemia, canine hepatitis, mange, and canine distemper, which makes them a threat to domesticated animals. Most of these conditions are serious and can be spread through a bite or scratch. People who are bitten or scratched by a coyote should immediately seek emergency medical care. Symptoms of rabies (the most commonly spread of these diseases) include flu-like symptoms, hallucinations, vomiting, and nausea.

Coyotes Are A Danger to Pets

Coyotes are natural predators, which makes them especially unsafe when they come in contact with small household pets. A coyote may also attack large dogs and other large animals out of dominance or fear. Coyotes include lots of foods in their diet and generally forage for food at night. They will be especially attracted to garbage or pet food if left accessible. If there are coyotes in your area it is always best to store garbage in a wildlife-proof bin and feed animals inside to lessen the chance of a coyote attack. Because they can spread disease so easily, your household pets may be at risk of catching a life-threatening illness that is highly contagious, and therefore affects other household pets as well.

Even though coyotes will not often attack humans and generally avoid human contact, attacks do happen. Because of overpopulation and rising rates of coyotes in suburban areas, coyotes are becoming increasingly more comfortable with human contact, and therefore the chance of attack is slowly rising as well.

Coyotes Are A Detriment to Farmers

One of the biggest problems caused by coyotes is that they often prey on cattle, making a noticeable difference in livestock numbers for many farmers. In fact, livestock is generally the main prey of coyotes in domestic areas because cattle are easier to track and kill and offers more food than smaller game. Many farmers set traps or use certain dog breeds to protect cattle from coyote attacks at night. Coyotes are also notorious for depleting chicken populations nearly overnight, since they can often easily enter the chicken cages, resulting in easy, trapped prey. Unlike many other large predators, coyotes often kill more than one animal during an attack, even though they generally only feed on one animal, which makes them especially heinous to livestock populations.

Because coyotes are omnivores, they can easily do a number on garden crops as well. They Are especially attracted to certain sweet crops, like watermelon, and can cause a great problem for fruit farmers.

Do these Predators Pose any Threat to You?

With all the above points highlighting how much of a nuisance coyotes can be, are you now more concerned over the threat of these predators, or, do you feel that they are misunderstood animals that are used as scapegoats for other factors affecting land and wildlife?

Either way, if you do decide to actively hunt predators, then make sure it is legal to do so in your chosen state and you always remain ethical in your approach. All wildlife regardless of the threat they pose to the environment deserves to be treated with dignity and respect when being hunted.

How to Use a Tactical Flashlight for Self-defense

How a rangefinder would improve your hunting experience

5 Tips for Mountain Biking in the Fall

How to Design and Grow Your Survival Garden