If you are an avid hunter like me, you know all about the benefits, the regulations, and the challenges. You know that hunting makes the population of game animals healthy every year and that it’s not only for the human’s amusement.

Most hunting seasons won’s start until the fall, but there are some fantastic solutions for summer hunting. Passionate hunters know that there is no such thing as hunting for too long, even throughout the summer. Keep reading to find out where you may use your bow and arrows this August.

There are more than 700,000 acres of public land available for hunting in Iowa. Most animals can be captured only in the fall and winter, but you may try some rabbit and squirrel hunting in late August and February. Groundhogs and coyote may be taken year-round to try your hunting skills in the summer.

We love sunny California for many reasons, but hunters love as the long and sunny summer days make a great invitation into the wilderness. Summer hunting is generous here, and even the newbies won’t go back home empty-handed.

As Alex Knobloch from Uberbows told us, archery hunting starts in July, whereas open hunting is legal starting in August.

It’s legal to get two deer tags per license if you’re harvesting deer. With beginning of July, rabbit hunting becomes lawful, whereas pronghorn antelope hunting is allowed for a short amount of time. It starts at the end of August and you may only hunt until the September 1.

The dense woods of Minnesota are home to both the small and big game, but you may harvest plenty of animals in the summer. The summer hunting is lawful in August when the state issues licenses for hunting black bear. Controlling populations is easier to do with hunting.

A lottery takes place for hunters interested in licenses for the center and eastern regions of the state. Hunters who want to hunt in western and southern areas don’t have to watch for the lottery- there is none. However, they can only kill one bear per person each year.

You may also take deer in Minnesota, but the archery becomes valid in early September. Later in the fall, you can also do firearm hunting. 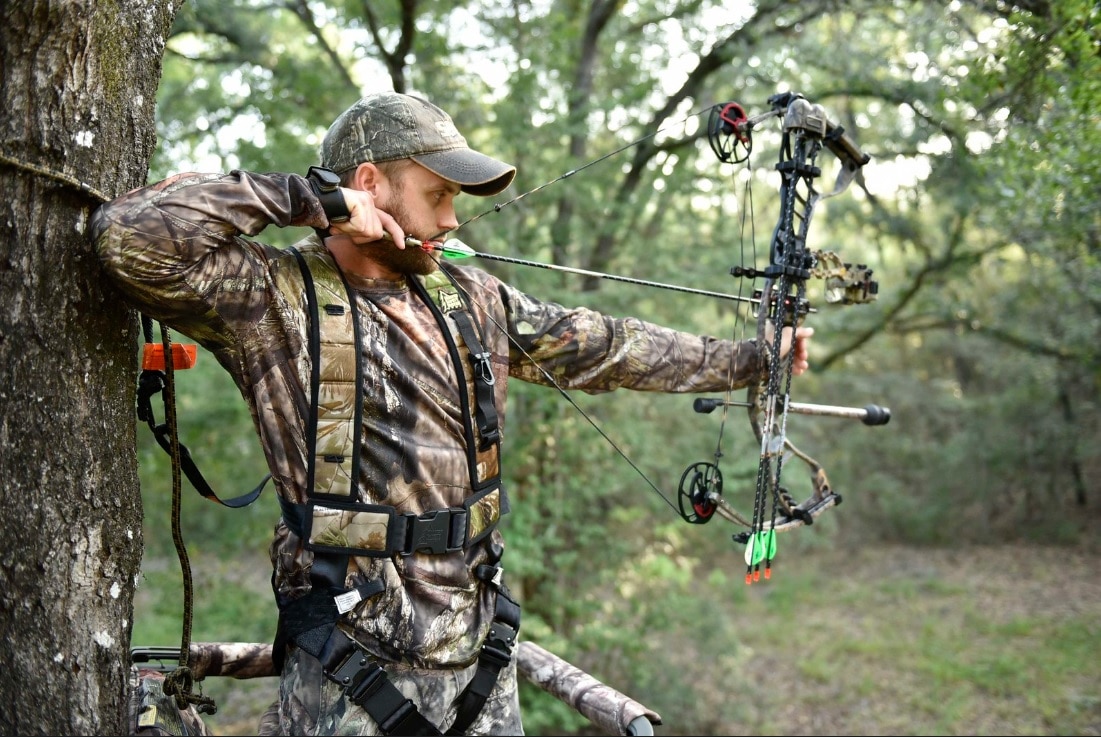 Dove, alligator, and axis deer are the game for the summer hunting in Texas. Even an alligator may not be a popular game for most hunters; you should take advantage of the alligator season if you shoot in Texas. Keep in mind that alligator hunting is legal in only 22 counties in September. In all the other counties, you can take an alligator from April until the end of June.

Axis deer population is impressive in Texas, so it’s legal to hunt it throughout the year. Hill Country and southern Texas allow harvesting in summer months, and any other deer species aren’t allowed to hunt until November.

Colorado is very generous with the hunters, providing more than 23 million acres of public land for hunting, with a great diversity of wild game available for harvesting.

Hunters who like taking big game have the chance to take moose. Harvest by archery is legal from September 7 through September 29, whereas muzzleloader begins on September 14 and ends on September 22. from October 1 to October 14, you will also be legal to take moose. Be aware that you only can make the big game with license, and the application period for a big game for moose begins on March 1. it ends at the beginning of April, but leftover hunting licenses will be emitted in august.

When it comes to summer hunting, you may take coyote year-round. In the state of Colorado, you have an unlimited bag and possession limits for a coyote.

Birds, small game, big game, furbearers, and turkey are legal to hunt in Kansas. Hunters have access to 300,000 acres of public land for hunting.  More than one million acres of the private property are also open for the hunters.

Rabbit, snipe, and bullfrogs make great choices for summer hunting in Kansas. July 1 marks the beginning of bullfrog season, and you can only do it through the end of October. You won’t be able to take more than 8 bullfrogs a day, whereas 24 would be the limit for possession.

Jackrabbit and cottontail make a year-round game in Kansas so that you can take them in the summer. The bag limit for the day is 10, and possession limit is 30 for both of these games.

Crow, coyote, and woodchuck are the game to go for in Connecticut in the summer. Small game, game birds, and furbearers live in Connecticut, but the state has a lot to provide to the hunter for the summer.

Woodchuck makes a popular game in the hot season, and it’s legal to take it to spring through fall, beginning with March 15 through November 15. Crows are also lawful to hunt, starting with August 10 through October 11, but only on Fridays, Saturdays, and Wednesdays. Don’t forget that you have to get the Connecticut Migratory Bird Stamp before taking crow.

Coyotes make another game legal to hunt in the summer, as it’s a year-round game in Connecticut.

3 Tips to Choose A Scope for 22LR-Benchrest