Hunting Laws and Regulations in Delaware 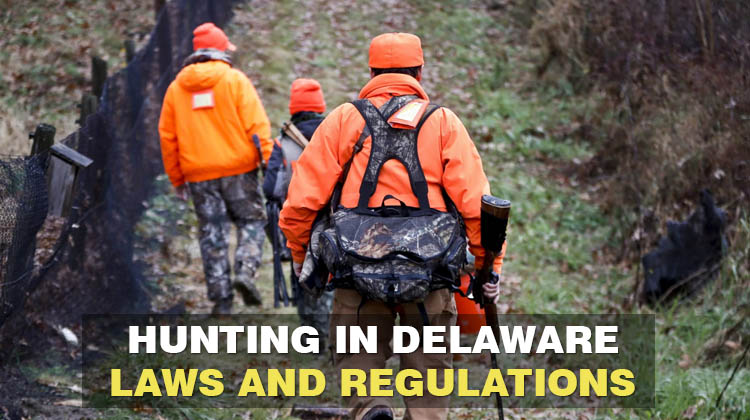 One of the many things you need to learn if it were to become a hunter is knowing which permit and licenses you need. Keep reading if you want to find out the details for hunting licenses, laws, and regulations in the state of Delaware.

Who gives the hunting licenses in Delaware?

In the state of Delaware, there is an entirely automated recreational licensing system so that sportsmen may buy and print licenses 24/7. Should you lose your permit, you can also duplicate the license for free online.  You can purchase a hunting license over the phone or in stores throughout the state. Some permissions can also be bought through the mail. Find out more at http://www.eregulations.com/delaware/hunting/licensing-permits/.

The Department of Natural Resources and Environmental Control (DNREC) that issues the hunting permit credentials. Anyone hunting or trapping in Delaware will have to get a license from DNREC before shooting.

How many types of hunting licenses are in Delaware?

Both residents and non-residents may get permits according to their needs, with annual and temporary licenses as standard options. Let’s take a closer look at the details:

Residents younger than 13 can hunt with no license, but only when together with a person owning a hunting license or having the lawful right to pursue.

Residents older than 65 are allowed to hunt with no license, as long as they have evidence of age and residency.

It’s also legal for residents possessing or living upon farms bigger than 20acres to hunt without a license. The rule applies to the member of the immediate families residing on the farm as well.

Moreover, unarmed residents that go on organized fox hunt are allowed without having a license.

Non-residents (other than aliens) younger than 14 can hunt with no license as long as they go together with a person owning a hunting license or it’s lawful to kill.

Non-residents or aliens that live on farms of 20 acres and more and the immediate members of their family can hunt/trap on the names farmed with no license.

Non-residents can take part in an organized fox hunt with no license.

Any hunter and trapper that is license-exempt have to achieve the annual License Exempt Number (LEN) for free. No hunter can gain more than one LEN in a year. They don’t need to buy a license, but hunters and trappers that make an exception are recommended to buy one to support direct conservation and manage efforts for wildlife and the habitats.

Licenses exempt hunters may also obtain five deer tags for free. Once you manage to achieve the LEN, you should use it every time you’re asked for the license number, getting a HIP number, or purchasing other deer tags and permits.

Hunters with disabilities benefit several opportunities for hunting in the state of Delaware. Hunters with a disability must get a certification card for enjoying the possibilities and facilities for them.

Some people aren’t required to buy a hunting or trapping license. However, they must get a free License Exempt Number:

Go to http://www.dnrec.delaware.gov/fw/Services/Pages/Rec-Lic.aspx for complete information.

What is the Delaware Guide License?

Any person gaining monetary or similar compensation for offering personal guide services to hunters must own a Delaware Guide License. All license holders cannot be younger than 18.

All persons owning a Delaware Guide License should fill in and present an annual report to the Division in seven days after the season closes. They need to write down the entire name of every hunter, the address of every hunter in the party, and their hunting license numbers, date, number, and species of the harvested game. The report should also contain the location of hunts and the name and license number of the guide.

The hunting field records have to be stored for three years. Both residents and non-residents can obtain a Guide hunting license.

Do trappers need licenses in Delaware?

Once you get a trapping license, the Division of Fish&Wildlife will enlist you in the annual mail system for license renewal http://www.eregulations.com/delaware/hunting/licensing-permits/

Is it mandatory to have safety and education courses in Delaware?

The hunter safety course is essential to take before hunting, and hunting in Delaware makes no exception. The classes will cover a generous range of materials, from identifying species to safely handling firearms.

You can take the classes in Delaware or a different state. Either way, you have to show evidence that you’ve completed the course before you request for a hunting license.

What are the proper methods of taking in the state of Delaware?

Even though the rules are many, here is some general guidance when it comes to legal methods of taking in the state of Delaware:

Here are some of the rules when it comes to guns:

You can only use revolvers and single-shot pistols with 5.75 in minimal length and 12.5 in maximum height. They should be chambers for and have straight-wall handgun ammunition in .357 to .38 caliber. The cartridge case should be longer than 1.25, whereas the maximum case length should be 1.82in. You can also use /41 qualities up to .50 caliber, with 1.82 in maximum case length.

It shouldn’t be smaller than 20gauge when deer hunting with rifle slug, buckshot, or pumpkin ball. It must be plugged and able to take no more than three shells.

It shouldn’t be smaller than .42 caliber, whereas the barrel length should be more significant than 20 inches.

You can only use manually-operated guns, with pump action, bolt action, single shot, lever-action, and revolver rifles. It’s legal to use them when harvesting deer.

What’s illegal in the state of Delaware?

Here are the general forbidden hunting acts in the state of Delaware:

Here are some other illegalities when it comes to archery and firearm in Delaware:

Should you be interested in hunting or trapping furbearers, here are some laws not to cross:

Don’t stop reading as the following acts are considered to be unlawful in Delaware:

What are the rules when hunting deer? 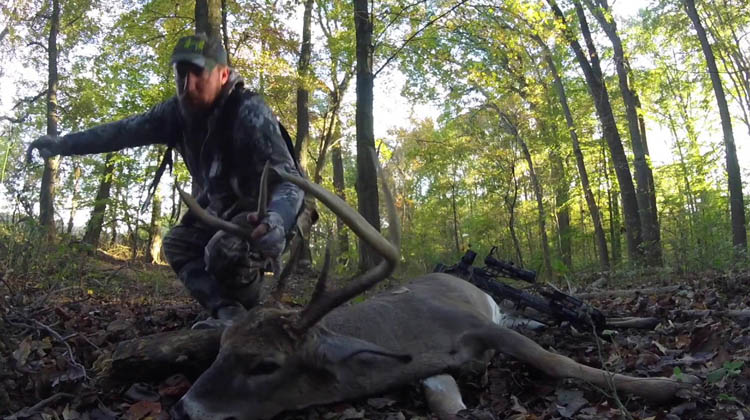 There are many rules to check and follow when hunting deer, so here are some of them:

You need to register the harvested deer within 24 hours of harvest. It’s not legal to cut the meat nor to take any part of the deer before registration. The rule doesn’t apply for internal organs.

It’s legal to hunt deer on Sunday on private land as long as the landowner agrees. You can also hunt on some publicly-owned lands.

Some species aren’t legal to hunt on Sunday, except for deer on private land and specific public lands.

You must attach the deer tag after harvesting, but before dressing it or moving it from where you took it. You must record the harvest date in ink prior, attaching it to the deer.

There are numerous legal ways of hunting deer:

It’s legal to distribute and hunt over bait when hunting deer only on private lands.

You can hunt deer 30 minutes before sunrise until 30 minutes after sunset.

Should you harvest Sika deer, make sure you follow the rules in the Deer Season guide.

It’s not legal to wear a noticeable garment with red, white, or blue. It’s legal to use camouflage material and temporary blinds when hunting turkey, and even artificial turkey decoys are licensed in the state of Delaware.

You cannot use bait nor dogs when hunting turkey, and you must take the turkey education course.  A permit for hunting turkey is also mandatory on public lands.

It’s legal to hunt turkeys 30 minutes before sunrise until 1:00 pm, and the bag limit is one turkey per year. You may use non-electric calls when hunting turkey but don’t imitate the male gobbling call. Go to

http://www.eregulations.com/wp-content/uploads/2019/06/19DEHD-LR.pdf for all the details.

Throughout the waterfowl season, it’s not legal to hunt from a boat of any kind that is 1,500ft of a blind. You may retrieve crippled waterfowl with a ship, according to the Federal Regulations.

A non-resident may use the 3-day hunting license for hunting waterfowl.

You can only hunt tundra swans if you have a permit, and one can only take one tundra swan per season.

What about hunting furbearer?

You should check the rules in terms of trapping:

You should check some of the many rules for various species:

You can use foothold traps for trapping raccoons, and foot encapsulating style traps included. You can also use box traps, cable restraints that confine without harming the animal.

You have to report every harvested coyote. It’s not legal to hunt coyote with firearm throughout the deer firearm seasons.

It’s legal to sell hides of a coyote that you legally took.

A representative from the Division of Fish&Wildlife has to tag the river otter once the pelt is stretched and dry. You have to do it before sale or shipping out of state.

It’s not illegal to take gray fox collaterally south of the Chesapeake and Delaware Canal throughout the hunting and trapping season for red fox. There is no permit allowed north of the canale.

You can take up to eight beavers per season with no permit if you’re a landowner with damage caused by beavers. It’s legal to sell beaver hides and meat that you took legally.

It’s not legal to kill a red fox that was pursued by dogs. It’s illegal to hunt red fox with a firearm during deer firearm season.

If you’re trapping nutria, you must report your harvest so that the Division biologist keeps a record of nutria distribution and population across the state. It’s not legal to release nutria back into the wild alive; you must kill it.

Don’t hesitate to be a responsible hunter and to respect your game and regulations when hunting. Go to http://www.eregulations.com/delaware/hunting/ for more details.