Hunting Laws and Regulations in Arkansas 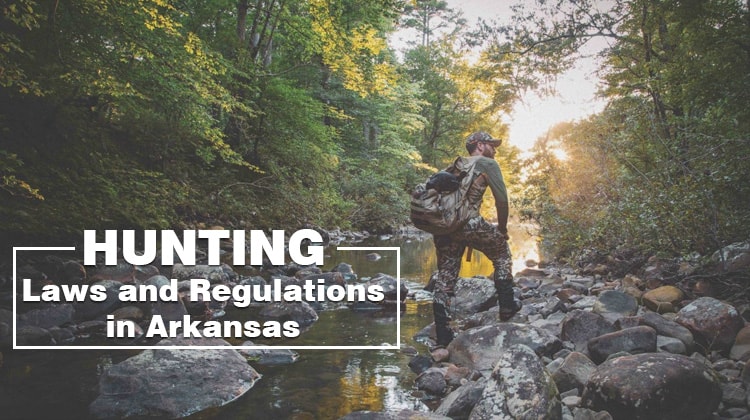 Hunting teaches you many things, and responsibility is just one of them to name. You cannot just go and shoot wherever you want, whenever it pleases you, no matter the game you want. Some rules and regulations will apply for the season 2019-2020.

You need to have a license for hunting, and Arkansas is just one of the many states that have strict about the shooting. As it has to protect both people and wild game populations.

Does everybody need a license for hunting in Arkansas?

Anyone 16 and up should get a hunting license for hunting. Should you be on a licensed game-bird shooting facility that provides pen-raised birds, you don’t need a hunting permit.

Every time you go hunting, you need to have an excellent printed license or acceptable electronic format license on you. When you’re hunting on public land, you have to possess a WMA General Use Permit.

Is it difficult to purchase a license?

You may get licenses at AFC regional offices, sporting goods stores, and nature centers all over the state of Arkansas.

You can also get it online and pay by credit card, but you cannot buy online commercial or disability licenses.

Should you lose your license, you can also print it at home or at the license vendor around the state. Therefore, if you lose the original, you may very well reprint it. It’s also possible to get your license information back from your smartphone or mobile device.

We should remind you that, according to federal and state laws, the AGFC has to obtain the whole social security number when buying a hunting or fishing license.

Who qualifies as a resident in Arkansas?

Here are the situations in which you may be considered as a resident:

Are there disability licenses in Arkansas?

Resident disabled hunters can buy a three –year disability hunting license for $25 or a three-year combination licensed for less than $36 ($35.50). You also need proof of 60 days’ Arkansas residency and proof of 100% disability released by the Social Security Administration, Department of Veterans Affairs. The Railroad Retirements Board can also release evidence. The licenses are only good for three years and valid through the Little Rock AGFC Office.

A guide is a person guiding hunters for pay or something else. Any Arkansas resident can qualify as a guide on land that isn’t leased nor owned by the AGFC with a Resident Guide License.

The Arkansas resident hast to have proof of one year of residency (at least), but the waterfowl hunters make an exception.

A non-resident can also guide hunters as long as they possess a Non-resident Guide License/Hunting.

Is the hunter education card mandatory?

Anyone born after 1968 has to own a sound hunter education card, and one with “He-Verified” note on hunting license is an exception.

As long as they go together with an adult hunter (21 and up) that owns a right hunter education certification, any hunter under 16 doesn’t need to possess a card.

What is Deferred Hunter Education Code(DHE)?

A free Deferred Hunter Education Code (DHE) can replace the hunter education requirement for hunters 16 and up. The code is valid at any license purchasing vendor, either online or by phone.

What are rules on feeding and baiting wildlife?

Direct or indirect placing, depositing, exposing, distributing, or scattering of grain, salt, and other feed acting as a lure/attraction for wildlife to/on/over any regions where hunters are planning to hunt them is considered baiting.

It’s not legal to feed wildlife, and the exceptions are as follows:

What are the hunting rules for deer? 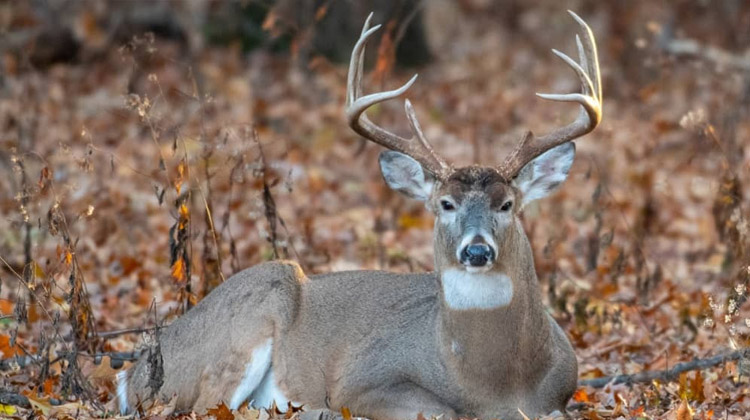 Let’s check some of the rules on hunting deer in Arkansas. You can check more of them at https://www.agfc.com/en/hunting/big-game/deer/deerregs/.

What rules to abide by when hunting bear in Arkansas?

When it comes to legal hunting equipment, we should remind you that it’s the same as in the case of deer. However, shotguns must be 20-gauge or larger, and you can only use rifled slugs.

Here’s what you need to do right after taking a bear:

Is hunting alligator legal in Arkansas?

Not everyone can hunt alligator in Arkansas, so here are the conditions for permit application:

Should you obtain the permit, you need to complete a mandatory hunter orientation class.

Here are some alligator hunt details to know about:

Are there any rules when hunting small game?

In the state of Arkansas, you can hunt rabbits, squirrel, and quail.

The bag limit daily is 8, whereas the possession limit is 16. You need to have a Resident Wildlife Conservation License and Additional permits may be required when hunting on National Wildlife Refuges.

The shooting hours are 30 minutes before sunrise until 30 minutes after sunset. Check more details at

The shooting hours are also 30 minutes before sunrise until 30 minutes after sunset. You cannot shoot more than 12 in a day, whereas the possession limit is 48. You need to have Resident Wildlife Conservation License for hunting squirrel and WMA General Use permit when hunting on public land.

You can only hunt six quails daily, and the possession limit is 12. You can use handguns or shotguns with blank ammunition when training bird dogs.

It’s legal to take pen-raised quail with shoot-to-kill bird dog field training permit, which you can obtain from a local wildlife officer.

What are the main rules when hunting migratory birds?

Several categories are part of migratory birds in the state of Arkansas, and here are the most significant rules:

Canada goose, duck, coot, merganser, White-fronted Goose, Snow/blue, and Ross’s Goose are the migratory birds that you can hunt in Arkansas. Look for the details on regulations, season dates, and more at https://drive.google.com/file/d/1_DFgpTb6fmQ3ZuSm9ot7wSp4iqNufLDV/view

Hunters are required to collect all downed birds. They should also seek that Eurasian collared-doves don’t lose feathers while in the field and during transport.

It’s not legal to hunt or kill doves with the aid of bait, but natural vegetation may be handled to attract doves.

It’s illegal to use rifles or handguns larger than .22 caliber rimfire for hunting crows. The muzzleloaders should be maximum .40 caliber. You cannot hunt crows with shotguns with shot larger than T shot or slugs.

It’s legal to hunt crows with help from automated calls, but it’s illegal to shoot them over bait. Baiting standards for crows aren’t different from the ones for doves.

How many rules are on hunting turkeys?

Truth be told, you have a generous read when it comes to hunting turkeys in Arkansas.

Here are the bag limits statewide:

Make sure you take a good look at hunting rules and equipment at https://drive.google.com/file/d/1_Mumk3-u6lCpfwBeaou3DbMVukc4bZ1q/view.

Anyone planning to hunt furbearers and trappers should be 16 and up and own a valid Arkansas hunting license.

Here are some rules:

Is it legal to hunt feral hogs?

We should remind you that feral hogs aren’t native to the United States and are considered to be pests. They are an invasive species and quite a threat to Arkansas. They destroy habitat, eat ground-nesting birds, and even young domestic livestock.

Feral hogs may carry as many as 45 bacteria, parasites, disease, Brucellosis, and swine herpes virus included.

For several decades now, shooting and hunting feral hogs have been implemented. Studies revealed that at least 66% of the hog population has to be eliminated every year so that it doesn’t grow.

The Arkansas Game and Fish Commission sees large-scale trapping as the most reliable and affordable method when it comes to reducing feral hog populations. Hunting has reduced the hog population by only 8 to 50%, so it’s still a long way until the feral hog problem is solved for good.

For all the details on laws and regulations, seasons, and other inquiries on hunting in Arkansas don’t hesitate to check https://www.agfc.com/en/hunting/.