Cartridges, bullets, and silencers- The Most Common Misused Terms in the Gun Industry

Anyone who’s been long enough within the firearm universe knows to recognize a newbie. The “box of bullets,” “assault weapon,” or the “sixteen-round clip” are some of the many (unfortunately) misused terms in the firearm world.

Most of the time, it’s an honest mistake coming out of the mouth of a beginner. It may be forgiving in the beginning, but anyone knows that some terms you cannot use interchangeably. Misusing words in this universe can lead to a disaster soon enough.

Why is it essential to use the right terms?

Not only that’s not accurate, but the frequent use of misused terms can also damage the public’s opinion of firearms. One of the awful mistakes one could make is to refer to a semi-automatic carbine as an “assault rifle,” which supposes an utterly automatic action for offensive reasons. It couldn’t be farther than the truth, though.

Lack of knowledge and even bad intention are the main reasons for which politicians, anti-gun groups, and biased members within the media are misusing the gun terminology. Therefore, it’s fundamental for the gun owners to use the correct terms at all times. You don’t even know when someone in the media could give it a read and learn about the right words to use. 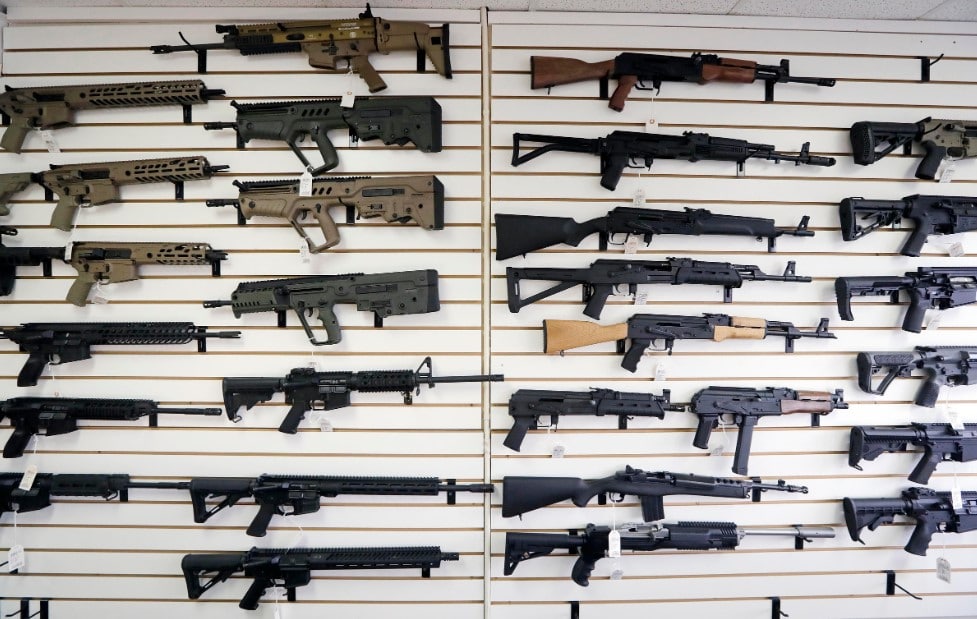 “Assault rifle” is probably the most common mistake, and it’s altering the public’s opinion on firearms. More often than not, anti-gun groups and gun owners are using the terms when describing the AR-15 rifle.

Professionals within the gun industry depict the assault rifles as selective-fire weapons that can fire a cartridge intermediate in power between rifle cartridges and a sub-machine guns. The AR-15 and several civilian carbines don’t assault rifles, but non-battlefield and semi-automatic firearms.

To clear up the things even better, keep in mind that “AR” doesn’t stand for “assault rifle” nor “automatic rifle,” as some may suggest. It’s instead “Arma Lite rifle,” according to the company that developed it back in the 50s.

Nevertheless, anti-gun groups managed to succeed in applying a faux label, convincing the Americans that the AR-15 (and several semi-auto rifle platforms) are, in fact, entirely automatic and threatening for the public. It’s pretty standard for media to use an “assault rifle” label for almost any weapon- no questions asked.

Furthermore, anti-gun groups made up of the term “assault weapons,” which include home-defense shotguns and standard-capacity handguns alike.

Before the 90s, the lexicon of firearms didn’t even include the term “assault weapon.” It’s, in fact, a political term that anti-gun publicists created for expanding the “assault rifle” category.

All in all, the term “assault rifle” is misused a lot, whereas “assault weapon” doesn’t even exist per se.

Caliber, cartridge, and bullets- what’s with the confusion?

Since they all refer to different things, it’s challenging to understand why the confusion. Maybe you’ve heard in a store someone asking for “a box of .30-’06 bullets”, even though he/she was searching for cartridges.

We can define the bullet as the projectile exiting the barrel. For the sake of accuracy, we know that there is no coper, non-spherical chunk of lead, nor other material used in the rifled barrel. The caliber of the “bullet” is the numeral approximation of the diameter of the bullet. Typically it comes in hundreds of inches or millimeters.

Nobody should use the term “bullet” interchangeably with “cartridge,” as the bullet is barely a part of it. Cartridges consist of a primer, case, propellant, and projectile. The bullet is placed in the case in the case of rifles and handguns. However, you can use “shotshell” instead of “cartridge.” 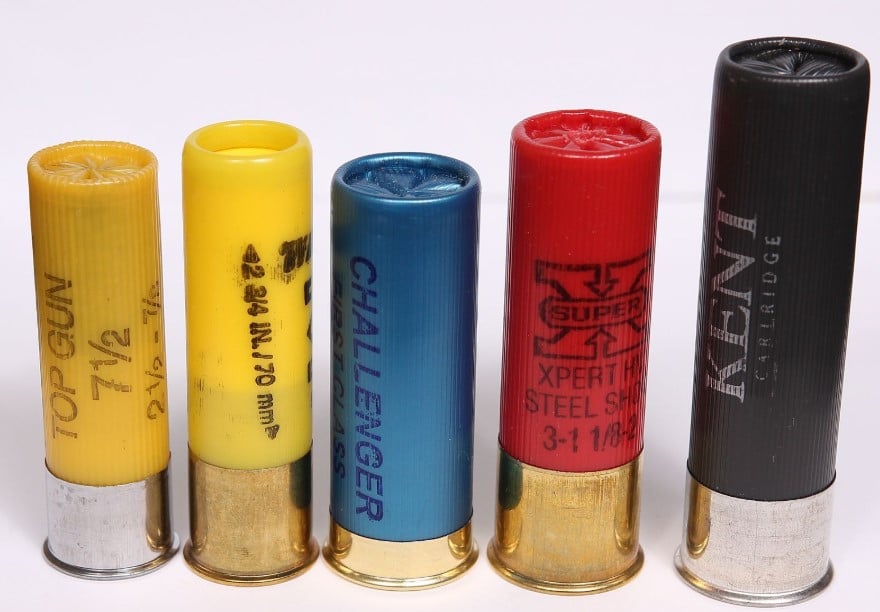 Honestly, the similarity of the words may have confused you.

Shells is a precise, and colloquial at times, term to describe a handgun, shotgun, or rifle cartridge/cartridge case.

On the other hand, the shotshell depicts a round of shotgun ammunition. It refers to the one containing the pellets and not the slug or projectile.

Are clips and magazines the same thing?

The rectangular box holding the cartridges and sliding into the bottom of the semi-auto pistol is a magazine and not a clip.

The magazine keeps shells under spring pressure, preparing for feeding into the chamber of the firearm. You can have the rotary, tubular, box, or drum magazines. Some are attached to the guns, but you can also find removable models.

In addition to that, the cartridge “clip” doesn’t even come with spring, and it cannot feed shells straight into the chamber. At most, the clip maintains the cartridges in the right sequence, for “charging” a particular magazine. The stripper clips are going to let the rounds to be “stripped” into the magazine. Some kinds are fed with the shells into the magazine at the same time. Once you fire the rounds, the clip will be ejected or released from your firearm.

Do you have a handgun or a pistol?

In all fairness, the image isn’t crystal clear. Some refer to “handgun” when describing a hand-held firearm. The “pistol” would be, in this case, a semi-automatic handgun, and not revolver.

Some think that the terms are interchangeable, and you should keep reading for the details. According to the NRA, the pistol is a general term for the hand-held firearms. Many use it for depicting a revolver, a single-shot, or a semi-automatic handgun.

According to history, the term “pistol” was born in the 16th century when it already described a hand-held gun. William Shakespeare also mentioned it in his works. Samuel Colt also used the term “revolving pistol” when talking about his cylinder-firearm invention.

“Pistol” became a part of the glossary before the semi-auto handgun. We’re not taking any chances when saying that all guns are pistols and the other way around.

A sub-compact pistol or a pocket pistol-which one is better?

The sub-compact pistol is the smaller and concealed-carry alternative of a full-size model. Just to give you an example, the Springfield XD 9mm Subcompact is the 3-in barrel option of the full-size 9mm XD with the 5-in barrel. We cannot talk about standard dimensions for the subcompact models, with sizes varying from one manufacturer to another.

The term “pocket pistol” though is generic and refers to the small handguns that work as concealed carry in a pocket or something similar. For example, the Ruger LC9 is a pocket pistol and not a sub-compact. It’s not a smaller version of a full-size gun, but a stand-alone model.

Is it “extractor” or “ejector”?

Not only that, people use the terms “extractor” and “ejector” interchangeably, but there are also many mistakenly assuming that the extractor is also ejecting spent shells.

In the case of most firearms, the extractor is connected to the head of the chambered cartridge, pulling rearward when you cycle the action. The ejector has to eject the spent casing, and not the extractor along.

In the case of semi-automatic firearms, the ejector resembles a small blade, placed on the other end of the ejection port. The extractor will pull the shell rearward until it comes in contact with the ejector, and eventually flinging it out the port.

Is precision the same as accuracy?

We need to admit that the terms are synonyms most of the time, but not when it comes to the gun universe. They refer to two different things of shots on target. Accuracy relates to one’s ability to hit a specific target over and over again. The tightness of the groups is defined by precision.

If you still think that they’re the same thing, you should keep reading. For instance, one can shoot four shots, with any of them being accurate or precise.

If the shooter fires tight four-shot group on the right side, we can say that he was precise (the shots are close to one another). However, he was not accurate (since the chances aren’t close to the center). Let’s say that he later manages to land a broad four-shot group right next to the center of the target. This time, he’s accurate (it’s close to the target), but lacks precision (since it’s a wide group).

If the shooter makes a tight, four-shot group right to the bullseye, he’s accurate (he hit the center of the target). But he’s also precise (since all the four shots are close to each other).

Therefore, a rifle may produce tight groups, with many describing it as “accurate.” However, the term “precision” is the better choice of words.

When to use a suppressor? Do you need a silencer?

Many firearm professionals consider that the term “silencer” isn’t accurate, but it’s a wrong synonym for the word “suppressor.” They don’t consider the suppressors to be silencers since they cannot “silence” the firearm per se. We only see guns firing quietly in the movies. Suppressors can moderate escaping gases and reduce the noise, but cannot eliminate it 100%.

According to the NRA, a suppressor is a tool that you attach to the muzzle of your firearm for lowering the discharger’s noise. It’s not correct to use the term “silencer.” It’s all roses and rainbows until you go over the papers of the Bureau of Alcohol, Tobacco, and Firearms, which uses the term “silencer” in its formal paperwork.

It’s a wash, and we can honestly say that either term can work. However, it’s better that you use the word “suppressor” only if for avoiding the name “silence” to win more popularity.

Range Bag Essentials- Everything You Need to Pack for Shooting

Calibers-The Most Common Sizes You Should Know About

Calibers-The Most Common Sizes You Should Know About