All You Need To Know About the Pomsky Dog Breed

If you are someone who loves camping alone a Pomsky dog breed won’t be a bad companion for the outdoor experience.  They are highly defensive of their owners and they are the great guard dogs. The pomsky dog breed is a mongrel. The result of joining or crossing two distinct breeds which are the Siberian Husky and Pomeranian. The name Pomsky is coined from POMeranian and huSKY.  Crossbreeding gives a dog-lover a variety of dogs to choose from. During crossbreeding, you cannot really tell what parts of the genes of each breed will manifest. The result is beyond the control of a breeder and even less in the case of Pomeranian and the Siberian Husky which have contrasting sizes and temperaments. This disparity makes it difficult to predict the growth of a Pomsky puppy, you cannot really tell how large they can become but they always manage to turn out to become adorable. 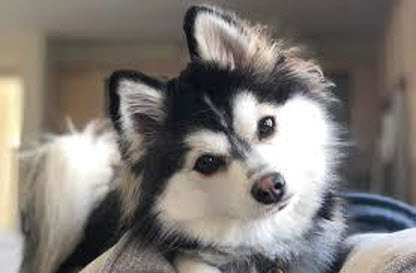 Pomskies learn quickly and are intelligent. They pick up on tricks easily and obey orders when they are rewarded with attention and food. Pomskies are a fairly new hybrid, much experiment and theories do not exist yet to foresee or determine which of the parent breed’s behavior will be most visible or dominant. Where the Pomeranians are more needy and playful, the Siberian Husky is more natural to be on its own. With this information, you cannot decide what a Pomsky might be behaviorally.

Pomsky puppies are always very tiny. They can be the children’s companion especially kindergarteners of up to six years old. The children will love to play with the pomsky but because of their size, they could get hurt easily. The children could fall on them and break their limb or such, or a grown-up could step on them so it is important to be careful and be on the lookout when you have pomskies.

Training a pomsky demands an average amount of activity that can be suitable for the owner’s day to day activities. It is important to play with them or walk them for a short period of time daily just as you would do to any dog. When the pomsky is in great health, it can be playful and can be agile, obey orders too.

Pomskies are not easy to breed. Most breeders have to go through a lot to get a litter of pomsky puppies, especially because as a new breed, pomskies are very rare and they are not cheap. The breeders that do have them according to most reports charge a lot of money for them and the price can be even higher when they have certain desired characteristics. A pomsky that has the strong features of a husky including its icy blue eyes are considered more expensive than a regular pomsky. It might be cheaper to go for a black pomsky or the brown ones.

The very playful nature of the pomsky makes them require a lot of food for them to keep up and have energy. The feeding requirement of a pomsky may not be the same with other dogs that are naturally more docile, they have to be fed more and on time for them to keep up.

The playful nature of pomskies can be seen inherently in the Siberian Husky but they do not require the same type of food to function. It is better to always note that pomskies are smaller in size than the Husky and will require a different diet and nutrition from the Huskies.  One of the key factors to consider when feeding a pomsky should be its size. The dietary supplement that they are mostly fed would not be necessary for certain pomskies of a different size.  The three major standard sizes of a pomsky are 5 – 9 pounds, 9 – 18 pounds and 18 – 25 pounds. 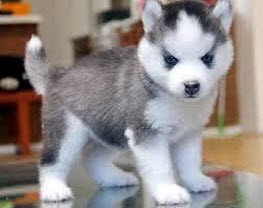 Training a pomsky can be a frustrating experience especially when you have no experience with dogs. Pomskies have the tendency to inherit the stubborn nature of the Siberian Husky or the willful nature of the Pomeranian which would make them difficult to control but when a more assertive approach can still be used to train them. They are also intelligent and playful so you can combine play and training for them. Correcting and disciplining the pomsky is very important so as to not having to deal with any behavior that might be difficult to deal with. Once an unusual behavior is noticed in pomsky, it is best corrected immediately because they easily adopt habits. Potty training and house training must be introduced early on so that it can become normal for them and a routine. Introducing them to walking on a leash is also important while they are still very little because when they are not used to it and they become bigger they might struggle with walking on a leash.

Pomskies are playful and have so much energy so they require exercise and attention from when they are still tender. The energetic nature of a pomsky is inherited from both the Pomeranian and the Siberian Husky.

A pomsky can live for about thirteen to fifteen years when taken care of properly so it is very important that their grooming is done properly and regularly too. A well-groomed pomsky will be healthy and happy.

To get one of these special dog breeds you can visit the official site today.

How to Get Rid of Pesky Bugs while Camping?